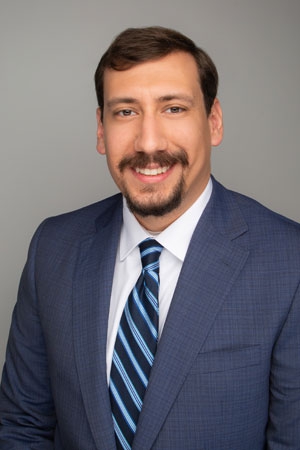 Dwight Gibiser was born and raised in Oviedo, Florida. For his undergraduate studies, he attended Florida State University majoring in Political Science and Psychology graduating in 2013. After completing his undergraduate studies, Dwight enrolled in the Shepard Broad College of Law at Nova Southeastern University where he graduated in 2016 with a Juris Doctorate. While enrolled in Law School, Dwight participated in the Veterans’ Law clinic where he assisted Military Veterans with a variety of legal issues ranging from family law to criminal defense. Dwight also participated in the Nova Trial Team and ILSA Journal of International and Comparative Law.

After graduating Law School, Dwight joined the Broward County Public Defenders Office where he was a Public Defender for 4 and a half years prior to joining the Law Office of Robert Malove. As a Public Defender, Dwight represented thousands of criminal defendants on charges ranging from misdemeanor offenses up to 1st degree and life felonies. Due to his dedication to his clients, Dwight was promoted to a lead felony attorney tasked with supervising other lawyers in his division in addition to handling a full case load of the division’s most serious offenses. While as a Public Defender, Dwight tried dozens of cases to verdict and argued dozens of motions to suppress and dismiss successfully. In 2017-2018 Dwight was awarded the Double Hat Trick award by the Broward Association of Criminal Defense Lawyers for securing 6 consecutive not guilty verdicts through Jury Trial.