Can You Seal and Expunge Your Criminal Record? 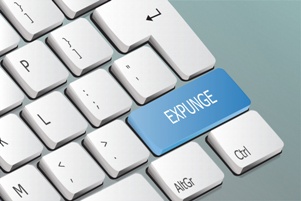 Florida law allows for some individuals to seal and or expunge their criminal records. Doing so can prevent future employers, landlords banks, credit card companies, and even universities from discovering a past run-in with the law or mistake that could be a black mark on your record.

Here are the main situations when you can seal and expunge of criminal records:

The above instances can be available for immediate action.

If a withhold of adjudication was entered, expungement is possible once the case has been sealed and no further criminal action has been reported for ten years.

In order to qualify to seal or expunge of criminal records, Florida residents must not have any guilty judgments against them on their record.

What Type of Expungement Are There?

There are various ways to seal and expunge records in Florida, including:

Administrative Expungement: An administrative expungement is based on an arrest that was made due to some form of error or mistake, such as:

Adult Record Expungement: Adult expungements of criminal records are available based on the following eligibility criteria:

Incorrect or Erroneous Criminal Record: There are times when the Florida Department of Law Enforcement (F.D.L.E.) makes mistakes, and a person with no criminal history can have something turn up at some point.  If this is the case, we can start an expungement process to correct this record.

What is the Difference between Sealing and Expunging a Record?

Both sealing and expunging criminal records allow you the opportunity to deny the arrest ever occurred.  In both instances, these records are no longer available to the public.  Expunged records are physically destroyed.  Sealed records are hidden from public view.

There is also a difference between sealing and expunging a record:

Even when a record is sealed, access is still available to law enforcement, the judicial system, when attempting to purchase a firearm, or seeking employment with an organization that serves the elderly or children.

Watch: How can I get my criminal record sealed or expunged in Fort Lauderdale, Broward County?

Please fill out our online form or call the Law Offices of Robert Malove at 888-744-8225 to learn more about how we can help you!