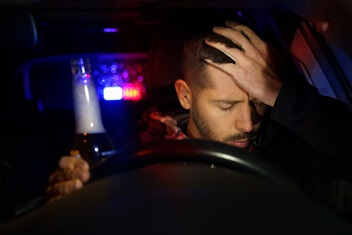 If you have been charged with DUI while on spring break in Florida, you’re probably worried about how the charge will affect you once you return home. Will you have to serve jail time in Florida? Could the offense follow you back to school—or even further into the future?

Unfortunately, visiting college students are often unprepared for the effects of an out-of-state DUI. The only way to avoid the negative consequences of a criminal offense is to meet with a Florida DUI defense attorney as soon as possible.

Florida participates in an interstate system to exchange information about traffic violations and coordinate penalties with other states. For example, if you live in Connecticut and get a DUI in Florida, Florida law enforcement will relay the information to your home state so you can complete the terms of your sentence.

You could face penalties in Florida and at home due to the following:

Consequences of a Florida DUI for Non-Residents

When it comes to a Florida DUI, what happens on vacation definitely does not stay on vacation. It’s possible that you could lose your driver’s license, your job, any scholarships, and the ability to continue on your career path.

DUI charges in Florida might result in the following penalties:

Call a Florida Defense DUI Attorney Before You Leave the State!

With all that’s at stake, you cannot afford to leave Florida without resolving your DUI charge. Board-certified criminal trial attorney Robert David Malove offers free consultations and affordable payment plans to clients accused of DUI. You risk nothing by contacting us to review the charges against you. Contact us online or call us today at 954-861-0384 for a free assessment of your case.