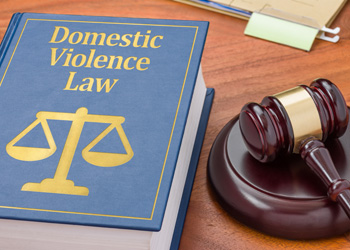 The National Coalition Against Domestic Violence reports that nearly 10 million women and men are victims of domestic assault each year. There's a lot of press about these victims and the laws that protect them. Unfortunately, there are also victims of false accusations of domestic violence. It's the job of a good Fort Lauderdale domestic violence attorney to prove what actually happened and protect the innocent.

We Can Help You Fight False Allegations of Domestic Violence

While we're not in the business of defending true violent abusers, we do know that certain cases can be fraught with misunderstanding. Some of the most common defenses for people wrongly charged are the following:

We'll thoroughly investigate your case and develop the most effective possible defense strategy when you're falsely accused. Our Fort Lauderdale domestic violence attorney understands relationships are complicated and that emotions can cloud decision-making. You can trust us to get to the bottom of the situation to discover what really happened.

When you're accused of domestic violence, finding the right doemstic violence attorney can be the difference between incarceration and freedom. You don’t want to rely on just anyone to protect your rights. We know what questions to ask and how to investigate these claims. Some points our domestic violence defense attorney will consider include the following:

You can rest assured we know what questions to ask and how to get to the truth.

Even when you know the truth and you know you didn’t abuse anyone, don’t ignore the charges. It's important to hire the right attorney to protect your reputation and freedom, one with lots of experience and good reviews.

Mr. Malove masterfully defends domestic violence charges and knows a weak case from a strong one. Often, he successfully obtains a dismissal of all charges or no jail time for his client. You don’t have to be defenseless. You're not alone. When you're falsely charged with domestic abuse in South Florida, Robert Malove is the domestic violence attorney you want on your side.

Contact us online or give us a call at (954) 861-0384 to see how our Fort Lauderdale domestic violence attorney can help you!