Underage DUI in Fort Lauderdale: A Comprehensive Guide to Understanding the Consequences 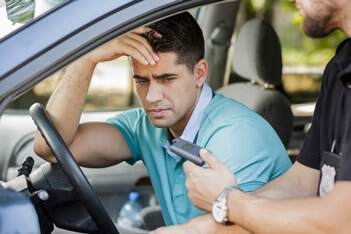 Your child is bound to make mistakes, but the error of underage DUI in Fort Lauderdale could throw the rest of their life off track. Florida has a Zero Tolerance policy regarding underage drunk driving, imposing strict penalties even for first-time violations.

Only an experienced Fort Lauderdale DUI lawyer can help you avoid the severe long-term consequences of an underage DUI conviction and protect your child's future.

Penalties for an Underage DUI in Fort Lauderdale

The legal blood alcohol content (BAC) limit for drivers over 21 years is .08%, but underage drivers can be charged with DUI if they operate a vehicle with a BAC of .02% or higher. A child under 18 arrested for drunk driving must be held in jail for eight hours or until their BAC is under 0.02. After eight hours, the minor may be released to their parents until they face charges in court.

Sentencing for minors convicted of drunk driving in Florida varies depending on the circumstances of the case. Your child may face the following penalties if they are:

An underage DUI in Fort Lauderdale could prevent your child from operating a vehicle for several months (or even years). After arrest, the Department of Motor Vehicles requires an administrative 30-day license suspension for any driver under 21 with a BAC of more than 0.02. After 30 days of no driving, the minor will be subject to a six-month license suspension with an option to request driving privileges for work or school only.

Teenagers are often tempted to drive even after their licenses have been suspended. Unfortunately, anyone caught driving with a suspended license can be charged with a separate criminal offense with additional penalties. A conviction for driving with a suspended license can result in a jail sentence of up to 60 days, up to one year, or up to five years, depending on the number of offenses.

Long-Term Consequences of Driving Under the Influence as a Minor

Most teenagers who commit drunk driving offenses are eager to pay the fines and get on with their lives. However, they soon discover that the effects of a DUI follow them long after they've completed their sentences and community service. An underage DUI conviction creates a criminal record in your child's name, possibly preventing them from:

After conviction, you might be able to undo some of the damage by having your child's juvenile criminal record expunged. Expungement or sealing criminal records can only be done in particular circumstances, and it's much preferable to avoid conviction in the first place.

Speak to Our Proven Fort Lauderdale DUI Defense Attorney as Soon as Possible!

Defenses are available for an underage DUI in Fort Lauderdale, making it possible for your child to avoid a criminal conviction. For example, your teen may have unintentionally consumed alcohol (such as cough syrup) or been driving a car with an open container. As your DUI defense attorney in Fort Lauderdale, we carefully examine the facts of the case and fight against conviction, preventing one mistake from affecting your child's entire life.

Board-certified criminal trial attorney Robert David Malove offers affordable payment plans to clients and a free consultation so you can learn your options at no cost. Contact us online or call us today at 954-861-0384 for a free assessment of your case.