First DUI in Fort Lauderdale: A Definitive Guide to Everything You Need to Know 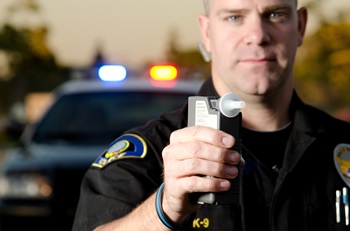 If you've landed on this page, you're likely wondering what to do because you've just got your first DUI in Fort Lauderdale. Jail time is a possibility if you’re convicted of a DUI, even if you’ve never been charged with an offense in the past. Since jail time is ordered at the court’s discretion, it’s vital that you have an experienced DUI defense attorney who knows how to get the charges against you reduced or dismissed.

Below, our experienced DUI lawyer with over 30 years in practice, details everything you need to know about getting your first DUI in Fort Lauderdale, from potential consequences to defenses, and more.

Potential Consequences of a First DUI in Fort Lauderdale

The court can impose a jail sentence of up to six months for a first DUI in Fort Lauderdale. While most drivers will not have to serve jail time for a first-offense DUI, the severity of the incident and the driver’s past behavior will weigh heavily in sentencing.

Your testimony and the facts of the case will ultimately determine the consequences of your DUI conviction. If your DUI caused a collision that involved serious injury or death, the court is more likely to impose harsher sentencing.

You may also be facing jail time if the case involves:

How Can I Avoid First-Time DUI Penalties?

The best way to avoid jail time and other consequences of a DUI is to get the charges against you dropped. An experienced and skilled Fort Lauderdale DUI lawyer can question field sobriety test and breathalyzer results, as well as the police officer’s actions during your arrest, potentially leading to case dismissal and the ability to expunge your record.

If a conviction is likely under the circumstances, you might be able to reduce the charge from DUI to reckless driving. If your attorney negotiates a reckless driving charge and adjudication is withheld, you could be eligible to seal your criminal record. This could prevent your criminal history from impacting your personal and professional life.

Speak to Our Experienced Fort Lauderdale DUI Attorney as Soon as Possible!

Board-certified criminal trial attorney Robert David Malove offers affordable payment plans to clients and free consultation so you can learn your options at no cost. If you recently received your first DUI in Fort Lauderdale and are looking for experienced and proven representation in South Florida, contact us online or call us today at 954-861-0384 for a free assessment of your case.