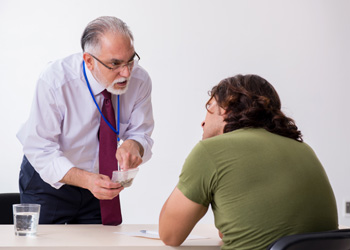 When you're charged with possession of a controlled substance in Fort Lauderdale, Miami, or Palm Beach, board-certified drug defense attorney Robert Malove will leave no stone unturned in his search for the best possible defense. He'll thoroughly examine every aspect of your arrest to ensure your legal rights weren't violated and law enforcement acted within the bounds of its authority.

We Represent Clients Charged With Any Drug Offense

Drug charges in South Florida can range from misdemeanors to serious felonies. However, whether you were caught with a small bag of marijuana or a kilo of cocaine, you need a serious and experienced Fort Lauderdale drug defense attorney by your side. We defend clients facing charges such as:

Any drug charge in Florida should be taken seriously, even if the police tell you not to worry. Call The Law Offices of Robert David Malove as soon as you can after a drug arrest to improve your odds of the best possible outcome.

Defending drug charges often comes down to the way you were caught and arrested. In their zeal to make drug arrests, law enforcement officers often overstep the law and violate your rights, which could mean the charges won’t stand. Many times a drug charge starts out as something else—a stop for a routine traffic infraction such as speeding, a pat-down for weapons, or a search of your car or home. Depending upon your particular situation, the charges may be dismissed based on an unlawful search.

Sometimes, in order to conduct a search, police may seek to obtain "consent to search." Consent to search may have been obtained by the police in violation of the constitutional guarantee against unreasonable searches and seizures. Most people don’t even know that consent was given. For example, the police could say something like, “You don’t want a drug problem in your neighborhood, do you?” A homeowner could respond is such a way that they unintentionally or involuntarily waive their constitutional rights.

Even if proper procedures were followed and a search warrant was obtained, did the police officers exceed the scope of the warrant? Did they go overboard with their search? Perhaps the warrant stated the home could be searched, but not the specific place where the contraband was found. An experienced Fort Lauderdale drug defense attorney will be able to determine the scope and conduct of the search.

If you or a family member was arrested for drug possession or drug dealing, get the best possible drug defense attorney in Fort Lauderdale. Don’t leave your future to chance. Contact us online or call us any time—day or night—to get the help you need now.​

If you are under investigation, have been arrested, convicted and want to appeal, or have lost your appeal and want to have an expert criminal defense attorney on your side, fill out this form or call us now.
Payment Plans Available

Criminal defense attorneys are a dime a dozen in the Fort Lauderdale area, and you get what you pay for. When your freedom is at risk, don’t trust your criminal case to just anyone. If you’re ready to get serious about protecting your rights, call The Law Offices of Robert David Malove. We offer highly skilled legal services that other defenders simply can’t match, including the following: