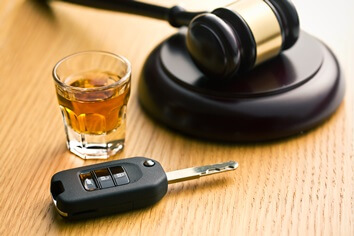 If you were arrested for DUI, you might think that the worst thing that can happen is a few months in jail. Unfortunately, the potential punishments for driving under the influence in Florida can vary widely depending on the circumstances of each case.

Before you enter a plea, you need to know which factors can result in enhanced DUI charges and how to refute the accusations against you.

Aggravating Factors That Can Lead to an Enhanced DUI Charge

Even if you’re a first-time offender with no history of drunk driving or a criminal record, you can face enhanced penalties under state law. In Florida, you can be charged with an enhanced DUI if your actions or the incident that led to your arrest had certain aggravating factors, including:

Penalties for an Enhanced DUI in Florida

An enhanced DUI carries significant penalties, even for a first offense. Here are some of the most common consequences of an enhanced conviction compared to a non-enhanced DUI:

If the DUI is upgraded to a felony charge, defendants face a maximum of five years in jail and legal fines of up to $5,000. With so much at stake, it’s vital that you contact an experienced DUI defense attorney to speak on your behalf and fight for the best possible outcome.

It Costs Nothing to Consult a Florida DUI Defense Attorney!

Board-certified criminal trial attorney Robert David Malove offers affordable payment plans to clients and free consultations so you can learn precisely where you stand. Contact us online or call us today at 954-861-0384 for a free assessment of your case.