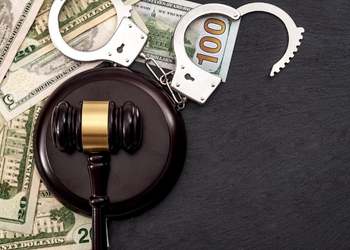 The Law Offices of Robert Malove has announced that our criminal attorney has secured a bond for one of its clients in an emotionally charged case in which a father was accused of murdering his infant son. Keep reading to see how we we're able to help this falsely accused father gain his freedom back.

Background Into the Case of the Falsely Accused Father

Defendant Yosi Mahlab, who has been in custody since he was arrested and charged with murdering his four-month-old son in January 2012, was ordered released on $250,000 bond following a hearing on April 17, 2014.

In his opening remarks to the judge, Mahlab’s criminal attorney, Robert Malove, a Broward County, FL, criminal defense lawyer, explained that his client did not murder his son and that the child died from an undetected brain injury that in all likelihood was from birth trauma. Malove pointed out that there was not so much as even the tiniest scratch on the child. “Not a bruise, not a bump… no nothing,” Malove said.

Until last week, the prosecution was steadfast in its position that the trauma doctors at Jackson Memorial Hospital determined that the child had a fractured skull. However, the state had to finally admit that there was no skull fracture and that an irregular suture on the child’s skull had been misdiagnosed as a skull fracture.

Under our criminal attorney and his cross-examination, the medical examiner indicated that there were no findings other than the brain injury. Malove stated, “If my client had beaten the child as alleged, surely there would have been a bump on his head.”

The hearing ended soon after the medical examiner acknowledged that the child had been to the emergency room a month before his death when he suffered an acute daylong bout with diarrhea and vomiting. “Aren’t diarrhea and vomiting also symptoms of brain trauma?” Malove asked. The medical examiner also said he was aware of instances where children had similar symptoms who died from undetected brain injuries after receiving immunizations for DPT.

After the hearing, criminal attorney Malove expressed optimism in achieving a successful outcome for his client. “The prosecutors in Miami are some of the finest attorneys around, and I am hopeful that they would review the facts of the case and see for themselves what really happened in this case. As sad as this case may be, the evidence clearly shows that Yosi Mahlab did not murder his son.”

If You're Under Investigation or If You've Been Charged With Committing a Crime, You Need An Experienced Broward County Criminal Attorney on Your Side

An experienced Broward County criminal attorney representing your interests and leading you through the criminal justice system is the most valuable asset you can have. Our dedicated attorneys aims to provide the most effective and result-producing sentencing advocacy through exhaustive research, the filing of academically superior briefs, motions, and the vigorous pursuit of successful negotiations with the power of full engagement. Contact us today to schedule a free initial consultation!