Best Types of Legal Defenses for Grand Theft in Florida 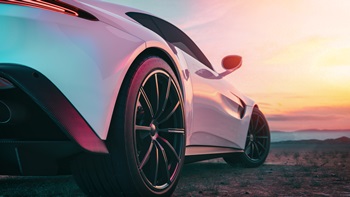 Under Florida law, the crime of grand theft is defined as the unlawful taking of another person’s property with a value of at least $750. If the stolen property is a motor vehicle, the accused would be charged with grand theft auto. If convicted of the crime, there are penalties such as time in jail and fines.

Our experienced Fort Lauderdale criminal lawyer can represent you to secure the best possible outcome.

In Florida, to be charged with the crime of grand theft auto, certain conditions of theft must be proven, including:

The Best Defenses for Grand Theft in Florida

According to our Fort Lauderdale criminal lawyer, if you have been accused of grand theft in Florida, there are several defenses that can be used to dispute the charge, such as:

Having a Fort Lauderdale criminal lawyer experienced with grand theft in Florida on your side is important in building a strong defense. If charged with the crime, you can face severe penalties. The felony charges in Florida for grand theft auto depend on the value of the vehicle that was taken and include:

Contact Our Fort Lauderdale Criminal Lawyer for a Free Consult

If you have been arrested and are facing charges of grand theft in Florida, you need our experienced Fort Lauderdale criminal lawyer to help with your case.

Robert David Malove has over 30 years of experience defending those accused of drug trafficking and other offenses. To set up a free consultation to discuss your case, contact us online or by calling our office at 954-861-0384. For your convenience, payment plans are available.