Miami, FL (September 9, 2015)– Thousands of law school students graduate every year in hopes to create a successful career. For one Miami native, his Juris Doctor degree meant the symbolic end to his time as a gang member. David Lee Windecher is currently an attorney at the Atlanta criminal defense firm of Arora & LaScala, but his past wasn’t as prestigious.

Windecher was born in Buenos Aires, Argentina and moved to Miami, Florida with his family when he was just a kid. This transition made him realize the poverty his family was then facing. Not knowing when his next meal would be, he began acting out as a way of dealing with situation. He was first arrested before his teenage years after stealing bike pegs to help tow his brother’s bike. Living in a poor neighborhood, he was often jumped after school and even had the clothes stolen.

Windecher then decided to join a gang, which he began to consider his ” family outside of his family”.  It was his way of feeling in control of his economic situation. Windecher witnessed his first murder at 13 and sold drugs to make money. He was arrested 13 times and faced a 15 year prison sentence when he was just 17 years old. It wasn’t until one of his good friends received a 15-year prison sentence, that he realized he needed to turn his life around. The Miamian decided to focus on school even if that meant being $300,000 in debt from student loans. He graduated from American InterContinental University in the top 5% of his class and later graduated from John Marshal Law School. He is currently practicing law in Georgia and has even founded RED, Inc., to assist juveniles with criminal charges earn their GED.

Attorney Robert Malove believes that everyone deserves a second chance.  If you or someone you know is facing juvenile criminal charges contact Robert Malove at (954) 861-0384 for a confidential consultation. 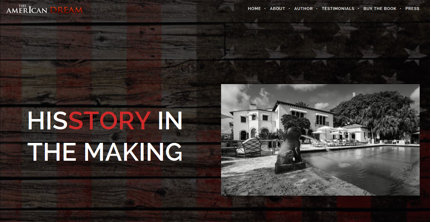