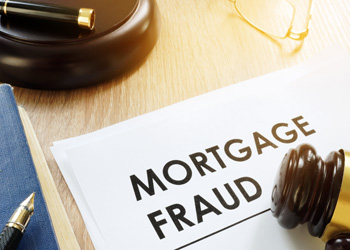 FBI statistics indicate that there were approximately 68,000 mortgage fraud reports in 2016 throughout the United States, representing a major increase from the year before and about three times the amount reported in 2000. Over the past decade mortgage fraud has resulted in more than $1 billion in losses. Government law enforcement officials from a variety of agencies have become very aggressive in investigating and prosecuting mortgage fraud schemes.The penalties associated with being convicted of mortgage fraud are severe. Criminal attorney Robert Malove provides experienced criminal defense around the country to individuals facing allegations of mortgage fraud.

A Look Back at Operation Malicious Mortgage

Between March 1 to June 18, 2008, 406 defendants were arrested as a result of a federal law enforcement initiative dubbed Operation Malicious Mortgage which resulted in 144 mortgage fraud cases. This operation demonstrates the strong response taken by law enforcement agencies around the country and the U.S. Department of Justice to protect the U.S. housing industry and financial markets world wide from the threat posed by mortgage fraud.

What Exactly is Mortgage Fraud?

According to our criminal attorney, mortgage fraud involves a misstatement, misrepresentation, or omission that is material and which was relied upon by a mortgage underwriter or other lender such as a bank to finance, buy, insure or otherwise process a loan.

The Punishment for Mortgage Fraud Cases Can Be Quite Severe

These types of allegations are quite serious. Under the United States Sentencing Guidelines, prosecutors usually seek to hold defendants accountable on the intended loss not only the actual loss caused by the fraudulent scheme. Defendants also face additional punishment exposure depending upon the level of sophistication used to accomplish the scheme as well as the role they played in the scheme.

Prosecutors attempt to pump up the intended loss amount in federal mortgage fraud cases in order to increase the advisory sentencing guideline range. Criminal attorney Robert Malove has the background experience and training to effectively challenge the government’s loss determinations, which could reduce the sentencing guidelines sentencing range and lower the possible punishment.

Contact Our Experienced Criminal Attorney for a Free Case Consultation

Our criminal attorney accepts cases throughout the United States and is located in Fort Lauderdale, FL. If you have been involved in the types of mortgage fraud cases described, or have questions and want more information and need immediate attention, contact our firm online or call 954.861.0384 to schedule a free consult with our criminal attorney, Robert David Malove.