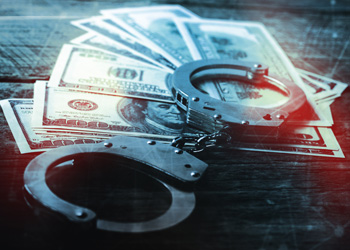 While the statute’s said purpose is to get rid of the invasion of organized crime and racketeering into legitimate organizations, which operate, in interstate commerce, numerous instances have come up where RICO charges have been applied to individuals, organizations and situations, in ways that Congress did not intend. Because of the huge list of offenses, including white collar crimes, that could potentially qualify as RICO offenses, many organizations and individual persons find themselves subjected to the possible harsh penalties and punishments under RICO. Federal offenses such as mail, wire or bank fraud, bribery, money laundering, drug trafficking, and illegal gambling, might all be under the same limits of RICO charges if employed in a continuous manner by an organization that has some of the same leading mechanisms which operate at a length beyond what is necessary to engage in the racketeering.

In most federal jurisdictions, to be convicted of a RICO crime, an Assistant United States Attorney (AUSA) must show enough evidence, that when submitted to a jury or judge, it would prove guilt beyond a reasonable doubt that. Our Fort lauderdale criminal attorney explains how that's possible:

So how have the courts interpreted RICO violations?

A. The pattern requirement was met in the defendants’ law enforcement officer taking bribes, because the defendant had engaged himself in a series of criminal acts. United States v. O’Connor, 910 F.2d 1466 (7th Cir. 1990).

B. The judge in RICO suit was not required to take himself off the case, even though he had been involved with social and business relations with victims of defendants, the relationships had since ceased several years before the trial. United States v. Lovaglia, 954 F.2d 811 (2d Cir. 1992).

One may be found guilty of a felony, put in prison up to life, and ordered to pay $250,000, or twice the gross amount of monies gained from participating in illegal activities, whichever amount is found to be greater. Hopefully, with the assistance of an experienced Fort Lauderdale criminal attorney, you'll be able to avoiad such harsh penalties.

Most often, the prosecuting Assistant U.S. Attorney (AUSA) will obtain a Federal Indictment from a Federal Grand Jury and charge a defendant not only with RICO charges, but also with mail, wire or bank fraud, money laundering, securities fraud, drug crimes, and/or conspiracy/collusion to commit the previously mentioned crimes. One should also be aware that since 1987 parole has been extinguished in the Federal System. Expungement, which is the removal of conviction from public records, is also not available.

If you've been hit with RICO charges in Broward County and surrouding counties in Souther Florida, it's pertinent that you schedule a consultation with a skilled and experienced Fort Lauderdale criminal attorney as soon as possible. Fill out the contact form below or call (954) 861-0384 to schedule your free consult today!

Criminal defense attorneys are a dime a dozen in the Fort Lauderdale area, and you get what you pay for. When your freedom is at risk, don’t trust your criminal case to just anyone. If you’re ready to get serious about protecting your rights, call The Law Offices of Robert David Malove. We offer highly skilled legal services that other defenders simply can’t match, including the following: