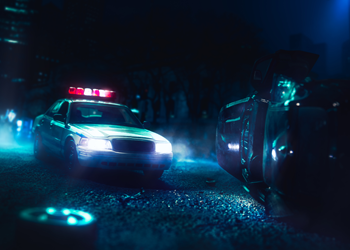 In Florida, motor vehicle offenses often carry some very serious penalties that can not only affect your driving privileges, but your freedom as well. If you drive under the influence, it can end up being far more than just a fine and a suspended license. If a person dies as a result of your driving under the influence, you could find yourself being charged with DUI manslaughter, and that can mean serious trouble. The impact that a DUI manslaughter charge can have on you and your family can be staggering. Before you make a statement to law enforcement officials, you really need to speak with Fort Lauderdale felony attorney, Robert Malove.

Why Our Fort Lauderdale Felony Attorney Should Be Your First Call

Fort Lauderdale felony attorney Robert David Malove has established a very strong track record of success in DUI manslaughter cases, and when it’s your freedom … your future on the line, you cannot afford to settle for inadequate legal representation.

With over 25 years of experience in handling all serious criminal cases with proven results, including DUI and DUI manslaughter, Fort Lauderdale felony attorney Robert Malove understands exactly what the prosecution has planned for your case. He knows exactly what to look for in each case, and he has the expertise to exploit any weakness in the prosecution’s case.

• DUI Manslaughter/Leaving the Scene: A driver convicted of DUI Manslaughter who knew/should have known accident occurred; and failed to give information or render aid is guilty of a First Degree Felony (not more than $10,000 fine and/or 30 years imprisonment).

• Vehicular Homicide/Leaving the Scene: A driver convicted of vehicular homicide who left the scene of an accident is guilty of a First Degree Felony (nor more than $10,000 fine and/or 30 years imprisonment).

Been Charged With DUI Manslaughter in Florida? Our Fort Lauderdale Criminal Defense Law Firm Can Help!

If you have been charged with a DUI manslaughter, or any DUI case involving bodily harm, you need an experienced lawyer on your side who knows exactly what to do to prepare your case. Get a hold of our Fort Lauderdale felony attorney Robert Malove today at 954-861-0384 or contact us online for a free consultation.

When your life is on the line and your freedom hangs in the balance, settling for anything but the most effective criminal attorney is not a good idea.