What Are Miranda Rights?

When pulled over in Florida for DUI, Miranda rights do not always have to be read. These rights need to be read under certain circumstances, though. If an officer fails to read a person these rights when these circumstances are met, a Fort Lauderdale DUI defense lawyer may use this failure to read the driver his/her rights as evidence that certain information or testimony should be thrown out.

What Are Miranda Rights?

The Miranda rights came about in 1966, as a result of the court case Miranda v. Arizona. These rights inform individuals of their Fifth Amendment rights before they are interrogated.

Specifically, these rights specify that:

Additionally, individuals must confirm that they have been read their Miranda rights and understand them. 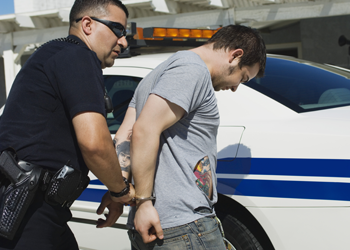 When Must Miranda Rights Be Read for Florida DUI Arrests?

When a person is pulled over for a DUI or any other charge, there are two requirements that must be met before the officer needs to read these rights. First, the individual must have actually been placed under arrest, not just pulled over for investigation. Second, the police must continue questioning or interrogating the suspect.

Miranda rights are intended to notify arrestees of their Fifth Amendment rights during questioning; therefore, if they’re not being questioned, there is no need to be read the rights.

Your Rights and Florida DUIs

If a suspect is pulled over for a DUI, arrested and then continually questioned or interrogated, he/she must have been read their Miranda rights. If the individual wasn’t read these rights, any information or answers the suspect gives to the officer will be inadmissible, as they were obtained illegally.

A Fort Lauderdale DUI defense lawyer can evaluate the details of the case to help determine if this information should be thrown out and not used as evidence against the suspect.

But a police officer may start asking questions before placing the driver under arrest. The officer may question the driver in the car or along the road before actually making an arrest. In this case, the officer isn’t required to read the driver these rights because an arrest hasn’t been made, and anything the suspect says can be put in the police report and used in trial.

Anyone who is pulled over for a DUI should be mindful of what they say when speaking to a police officer. Be cooperative and don’t lie to the officer, but avoid providing self-incriminating evidence.

According to the FBI, in 2010, more than 1.4 million Americans were arrested for driving under the influence. Drivers arrested in Florida for DUI should contact a Fort Lauderdale DUI defense lawyer as soon as possible. Contact us to set up a consultation with our DUI defense lawyer to discuss building a defense against charges in FL for DUI.