Money Laundering 101: Our Fort Lauderdale Felony Lawyer Details What You Need to Know 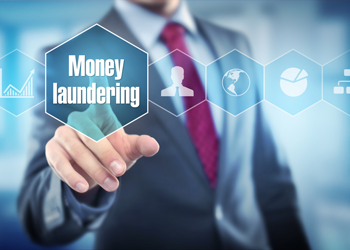 Generally speaking, according to our experienced Fort Lauderdale felony lawyer, money laundering is process of taking dirty money – money that was derived from unlawful activities, and concealing, disguising or otherwise be made to appear lawful in order to avoid detection, prosecution, seizure, forfeiture and taxation.

Is Money Laundering a Felony?

Yes, money laundering is most certainly considered a felony. Money laundering can also be ancillary to other criminal charges such as medicare/healthcare fraud and mortgage fraud. Because of money laundering’s underworld links to financing international terrorism, state and federal Money laundering prosecutions have increased in the days since 9/11. In order to ferret out illegal financial activities, federal and state lawmakers have enacted anti-Money laundering laws to track and detect large sums of dirty cash entering legitimate business channels.

If you or someone you know has been charged with money laundering in Broward County, FL, you need serious legal representation in the form of a Fort Lauderdale felony lawyer with over 25 years of courtroom experience who is familiar with the anti-money laundering statutes. You need attorney Robert Malove on your side.

Concealing the true source of funds deposited in a bank account or invested in a business, failing to report cash transactions over $10,000 or structuring transactions to conceal their aggregate value, or failing to perform due diligence to determine the source of large amounts of money are some examples of Money laundering according to our Fort Lauderdale felony lawyer.

The government is at the ready to initiate a forfeiture action to have courts order organizations give up money that can be traced back to criminal activity, as well as forfeit monies that were “commingled” with tainted money.

For 18 U.S.C. § 1957, the government must prove all of the following facts beyond a reasonable doubt:

Because of the complex nature of anti-Money laundering statutes, individuals charged with Money laundering and related charges require the services of an experienced Fort Lauderdale felony lawyer with knowledge in this field of law. Attorney Robert Malove understands what the government needs to make a Money laundering charge stick and is prepared to conduct a complete forensic accounting review to establish the best course of action.

If you or someone you love has been charged with money laundering, there's no time to waster. Contact Fort Lauderdale felony lawyer Robert Malove asap for more information and immediate attention regarding money laundering defense in Florida.