DUI Field Sobriety Tests in Florida: What Everyone SHOULD Know About Them 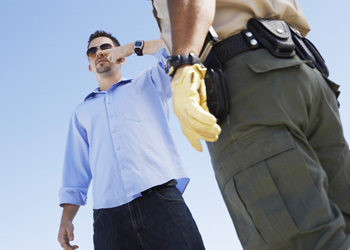 Police officers will often rely on roadside DUI field sobriety tests (FSTs) during an investigation in order to establish if a driver was driving under the influence. Typically, these sobriety tests consist of 3 to 5 exercises. Some of these exercises may include walking a straight line, standing on one leg, or reciting the alphabet. While conducting these sobriety tests, the police officer will subjectively decide whether the individual “failed”.

While these DUI field sobriety tests in Florida may have an appearance of scientific credibility to them, the fact is they have no real basis in science and are almost useless in a drunk driving case. As our Fort Lauderdale DUI attorney and most police officers will tell you, the decision to arrest a driver for a DUI is made at the driver’s window. While the DUI field sobriety tests are allegedly given to determine probable cause, the truth is they are given only to collect evidence which will be used against the driver. Since the arresting officer has already determined before the sobriety tests that the driver is driving under the influence, the officer, as with any human, will only see what he or she expects.

Furthermore, the conditions under which the DUI field sobriety tests are taken in Florida almost guarantee failure: usually late at night, possibly cold, windy, along a graveled or sloped roadside, with bright headlights from passing cars (setting up wind waves), the officer’s flashlight and patrol car’s strobe and headlights providing the lighting — and given to a person who is nervous, frightened and completely unfamiliar with the tests

Where is the Evidence?

Studies have shown that sobriety tests are not accurate at all. In fact in 1991, Dr. Spurgeon Cole of Clemson University conducted a study on the accuracy of  DUI field sobriety tests. His staff videotaped individuals performing six common field sobriety tests, then showed the tapes to 14 police officers and asked them to decide whether the suspects had “had too much to drink and drive”. Unknown to the officers, the blood-alcohol concentration of each of the 21 DUI subjects was .00%, stone sober. The results: the officers gave their opinion that 46% of these innocent people were too drunk to drive! In other words, the field sobriety tests were hardly more accurate at detecting intoxication than flipping a coin.

How Our Fort Lauderdale DUI Attorney Can Help You

Fort Lauderdale DUI attorney Robert Malove has attended and completed the 40-hour Miami-Dade Police Academy Field Sobriety Testing Course and knows how to to attack the scientific unreliability of the DUI Field Sobriety Tests as part of his “leave no stone unturned” approach to DUI defense.

Get the information you need and make sure you get the defense you deserve.  Download a FREE copy of my Consumer Guide book “How to choose a DUI Lawyer in Florida,” before you hire any attorney.

For more information, please call 954-861-0384 or contact us online to schedule a free consultation with our Fort Lauderdale DUI attorney.