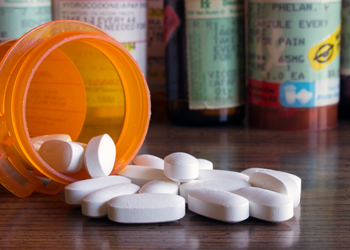 Who Was Involved in the Raid of the Florida Pain Clinic?

Seven doctors were among those arrested in a raid on Florida pain clinic, as a multi-agency task force including DEA, Broward Sheriff’s Office and Florida Department of Law Enforcement agents made the latest move in what has become a major campaign of clinic crackdowns.

What Exactly is a Pain Clinic?

Pain clinics, which prescribe controlled substances for a variety of medical conditions, have become the front line in the battle against drug trafficking. But drug defense attorney Robert David Malove says the effort is sometimes misplaced.“The majority of pain clinics follow all laws and prescribe pain killers only when it makes sense medically,” said Malove, a criminal drug defense attorney whose practice focuses on representing individuals including pain clinic owners, doctors, physician assistants and other clinic support staff. “Most of the people who work at pain clinics are just following their employer’s orders.  Sometimes the opportunity for financial gain clouds their judgment.  Often times, however, honorable people get caught up in the wide net cast by overzealous law enforcement.”

Pain Clinics Play an Important Role in the Healthcare Industry

Malove says that pain clinics play an important role in the healthcare industry by offering a lower-cost alternative to full clinics and hospitals. “The real tragedy is that once a pain clinic is shut down, bona fide pain patients are sent scrambling to get their meds elsewhere.  A large number are forced to buy their drugs underground.  This means that the effort to shutter pain clinics in the name of law and order creates a whole slew of people who must turn to the black market to get their meds in order to deal with their chronic pain before other measures can be taken.”

How the Pain Clinic Get Caught

According to remarks made at a press conference last week, undercover agents sent into the Pompano Beach Medical Corp were given prescriptions with little examination. Over a two-year period agents were able to obtain prescriptions for controlled substances for conditions that law enforcement medical experts claim do not require pain killers.

“This could certainly be a case of a bad apple,” Malove said, “But it’s important to remember that not all pain clinics operate this way. Each clinic is under intense scrutiny, and has to follow a very complex set of government regulations. If we criminalize pain clinics as an industry, we penalize honest doctors and force chronic pain patients to get treated elsewhere, sometimes through criminal activity.”

A total of seven doctors, three clinic owners and one owner’s relative were arrested in the raid and charged with crimes ranging from money laundering to trafficking in a controlled substance.

If you need assistance in South Florida, Fort Lauderdale healthcare fraud attorney Robert Malove is here and ready to help. Contact us online or give us a call at (954) 861-0384 today!