What is a “Target Letter” and what should you do if you get one? 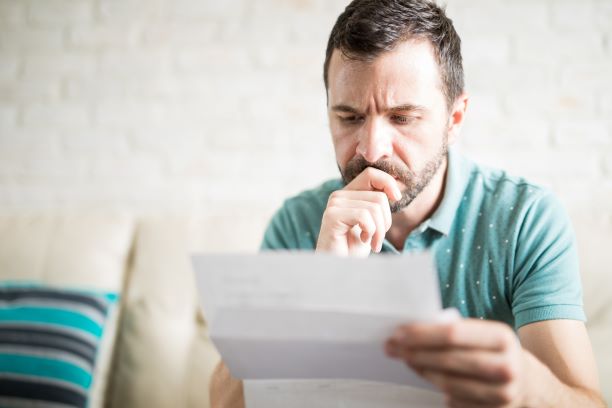 Your day started out just like every other day. You go through your typical daily routine. Over a cup of coffee, you check the headlines for the latest news. A plane has crashed leaving no survivors while expectant loved ones morn them when they learn of the tragedy. The president tweeted something outlandish once again that makes you scratch your head that has drawn him another heavy dose of criticism.  Some famous Hollywood actor or producer has been accused of groping an up and coming starlet who is suing him for a small fortune.  A priest has been excommunicated after years of sexual abuse that the diocese claimed not knowing about and tried to sweep it under the carpet. A crazed husband commits a murder-suicide after being served with divorce papers.  Another terrorist tunnel attack is thwarted by the Israelis. The Iranians call for the death to America. You read through any new emails that came in over night and reply as necessary.

As the day rolls on, things are pretty predicable. The mail gets delivered.  You shuffle through the various solicitations and other junk mail, then you see it. Your heart skips a beat.  It’s a letter from the local United States Attorney’s Office.  It’s addressed to you. Your body starts to shake and your hands tremble as you tear open the envelope and begin to read.

This letter is supplied to a witness scheduled to appear before the federal Grand Jury in order to  provide helpful background information about the Grand Jury. The Grand Jury consists of from sixteen to twenty-three persons from the District of ___. It is their responsibility to inquire into federal crimes which may have been committed in this District.

As a Grand Jury witness you will be asked to testify and answer questions, and to produce records and documents. Only the members of the Grand Jury, attorneys for the United States and a stenographer are permitted in the Grand Jury room while you testify.

We advise you that the Grand Jury is conducting an investigation of possible violations of federal criminal laws involving, but not necessarily limited to conspiracy to commit Medicare fraud. You are advised that the destruction or alteration of any document required to be produced before the grand jury constitutes serious violation of federal law, including but not limited to Obstruction of Justice.

You are advised that you are a target of the Grand Jury’s investigation. You may refuse to answer any question if a truthful answer to the question would tend to incriminate you. Anything that you do or say may be used against you in a subsequent legal proceeding. If you have retained counsel, who represents you personally, the Grand Jury will permit you a reasonable opportunity to step outside the Grand Jury room and confer with counsel if you desire.

What Is A Target Letter?

In a nut shell, a target letter is a formal notice that you are going to be subpoenaed to testify before a federal grand jury regarding criminal activity the feds think you have participated in or are believed to know about.

While it goes without saying that no one ever wants to get a target letter from the feds, it happens.  A million thoughts race through your mind.  What did I do? Who should I call?  Where do you turn?  What should you do?  After you sit down and collect your thoughts you come to the inescapable conclusion that you need help and you need it from someone who well versed in handling matters like this.

If you or a loved one have received a target letter from the Department of Justice or from the U.S. Attorney’s Office, job one is to hire an experienced federal criminal defense lawyer right away. You can ask around or you can turn to the internet to do your own search.  Chances are that’s what brought you here.

An experienced Medicare fraud defense attorney can evaluate your case guide you through what lies ahead. Sometimes an experienced attorney is even able to prevent the actual filing of criminal charges altogether by negotiating with federal prosecutors.

Do I Need An Medicare Fraud Attorney If I Received A Target Letter?

The bottom line: If the feds sent you a target letter, you need representation.  I have years of experience representing individuals who have received target letters from the federal government regarding Medicare fraud and related crimes.  If you find yourself needing serious legal representation, I can help.  Contact me so we can arrange a confidential meeting and start your defense.