The Ins and Outs of a Battery Crime in Florida: What You Need to Know 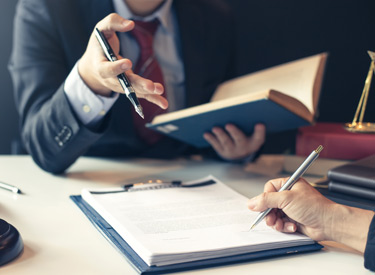 If you’ve been charged with a battery crime in the state of Florida, you need to know what you’re up against. How does the state define battery exactly? What are the penalties if you’re found guilty? What’s the best way to go about defending yourself?

Of course, you’ll want to find a qualified, experienced Fort Lauderdale criminal defense lawyer, and they’ll be able to guide you through the more complex aspects of the judicial process. However, the more you know yourself, the better chance you have of winning your case.

Below, our Fort Lauderdale criminal defense lawyer explains what you need to know about a battery crime in Florida, and what your possible defenses may look like.

You’ve probably heard the phrase “assault and battery” on television. Assault and battery are actually separate crimes, but they often happen in conjunction with one another, so they’re often mentioned together. Under Florida law, assault refers to making a threat of violence. Battery, on the other hand, refers to the actual act of violence itself. As you might expect, it’s not unusual for someone who threatens violence to follow through on that threat, and it’s not unusual for someone who commits a violent act to have made a threat beforehand.

Battery, as defined in Florida statute 784.03, can involve one of two actions:

As our Fort Lauderdale criminial defense lawyer always reminds his clients, it is important to note the broad wording of the law. For example, your actions don’t have to be especially violent or cause injury to be classified as a battery crime. Simply “touching” another person is enough to constitute a crime. In fact, you don’t even have to touch them. That is, causing someone “bodily harm” by throwing an object at them would also qualify as battery.

Simple battery is treated as a first-degree misdemeanor. As such, if you’re convicted, you could face up to a year in jail and a $1,000 fine.

Aggravating Factors of a Battery Crime in Florida

In Florida, battery is an example of an “enhanceable offense.” That means that if you are accused of a more serious form of a battery crime, you can face more serious charges and more severe penalties.

If, for instance, you cause great bodily harm to someone or leave them disabled or disfigured, you will likely face felony battery charges. Felony battery is treated as a third-degree felony and can draw sentences of up to five years and $5,000 in fines.

Likewise, a battery crime that involves a deadly weapon or that is committed with the intention of doing great bodily harm is classified as aggravated battery. Aggravated battery is a second-degree felony and carries a maximum sentence of fifteen years and $10,000 in fines.

In addition, certain groups have protected status, and a battery crime that involves a member of such a group can garner stiffer sentences. So, for instance, battery of a firefighter or an emergency medical care provider raises the offense level by one degree, and battery of a pregnant woman is always treated as a form of aggravated battery.

Our Fort Lauderdale criminal defense lawyers always likes to point out that just because you’ve been arrested for battery does not necessarily mean you’ll be convicted. There are many potential defenses to a charge of battery, including,

Of course, every battery crime is different, with its own unique circumstances. It can be dangerous to simply choose a strategy and try to defend yourself. Only an experienced criminal defense lawyer like Robert David Malove understands the subtleties of the law well enough to make sure you get the justice you deserve.

For more information about battery in Florida or to speak to our experienced Fort Lauderdale criminal defense lawyer for a free consultation, contact the Law Offices of Robert David Malove at 954-861-0384.