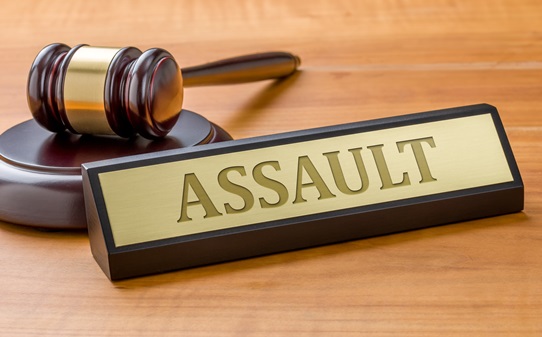 Assault is a violent crime, and Florida law treats it as a serious offense. Yet the law isn’t always easy to understand. For instance, you don’t actually have to lay hands on anyone to be convicted of assault; simply making a threat is enough to get you charged. Below, we examine some of the important elements of Florida assault charges. The first step in defending yourself is understanding exactly what you’re up against.

Florida law draws a clear distinction between assault and battery. Assault refers to the threat of physical violence; battery refers to actual physical violence. Of course, these two terms are often linked. That’s because, in many cases, a person who threatens violence ultimately follows through on that threat.

However, you don’t have to have committed both assault and battery to be convicted of a crime. The threat alone can be enough. Assault, which Florida law addresses under statute 784.011, involves three components:

According to our Fort Lauderdale criminal lawyer, simple assault convictions are treated as second-degree misdemeanors and carry a sentence of up to 60 days in jail and/or fines of up to $500. Of course, the exact sentence you receive will depend on a number of factors having to do with the specifics of your case. Even if you receive no jail time or fines, an assault conviction can have serious repercussions. Criminal convictions of any kind can remain on your record forever, and in these days of electronic background checks, that can make it difficult to get a job or even find a place to live.

Aggravated Assault Is a Felony

Defenses Your Criminal Lawyer Will Consider

As with any crime, there are a number of legitimate defenses to Florida assault charges. Many of these have to do with the law itself and how it is worded. Again, assault involves three separate components, and to win a conviction, a prosecutor must prove all of the following:

A defense might take aim at any of these three:

In addition, these crimes often come down to one person’s word against another. As our Fort Lauderdale criminal lawyer is constantly reminding his clients, that means the charge is open to a number of other possible defense strategies:

While there are a number of options open to you, only a qualified and experienced Fort Lauderdale criminal lawyer will know which one will work best for your particular circumstances. To find out more about how we can help you, call the Law Offices of Robert David Malove at 954-861-0384.