If you've got a DUI conviction for drunk driving in Florida, the consequences can be significant. According to our Fort Lauderdale DUI lawyer Robert Malove, not only is there the prospect of having to pay fines, perform community service, jail time and other punishments, but it may impact the driver’s job as well. Depending on the type of work, some may lose their job or it may negatively affect future employment.

Work that involves driving could be in jeopardy when someone has been convicted of a DUI. For instance, commercial truck drivers are disqualified from driving for a year with a first conviction and for three years if transporting hazardous materials. A second or subsequent conviction results in a lifetime disqualification. But there are other types of jobs where a DUI can affect employment besides drivers, such as teachers or healthcare workers.

According to our Fort Lauderdale DUI lawyer, if the DUI leads to imprisonment, it could be up to six months for a first conviction and nine months with a second. This in itself could result in the person being fired. But another issue could be the loss of a driver’s license or the individual’s car being impounded. This could affect one’s ability to get to and from work. 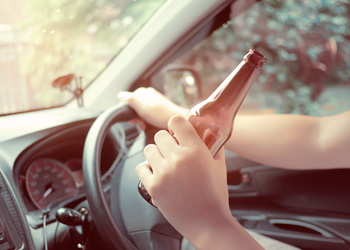 DUI Conviction in Florida and How it Impacts Future Employment

Future employment could be impacted because a DUI conviction, even if it’s a misdemeanor, it will go into the person’s criminal and driving record. Keep in mind that criminal records are public. And although there may be the possibility of having it sealed or expunged (erased), not everyone will qualify.

It’s not uncommon for employers to conduct background checks before hiring. So they can very easily uncover a prior DUI conviction. Although it doesn’t necessarily mean obtaining a job will be impossible, our Fort Lauderdale DUI lawyer says there could definitely be some challenges.

Some employers will be more forgiving when it’s a first offense. And the more time that has passed between the conviction and the application for a job, the less importance it may have on hiring. However, it is clearly an issue that needs to be taken seriously whenever a DUI conviction is involved, which makes obtaining an attorney with experience in DUI defense extremely important.

If you've been charged with drunk driving in Florida, it is critical to contact an experienced Fort Lauderdale DUI lawyer to better understand one’s rights and address possible drunk driving consequences. With the potential to lose a job or to face difficulty finding future employment, a DUI charge and possible conviction should be taken seriously.

Call (954) 861-0384 or contact our Fort Lauderdale DUI lawyer online to learn what options may be available, including the possibility of having the charges reduced or dropped.