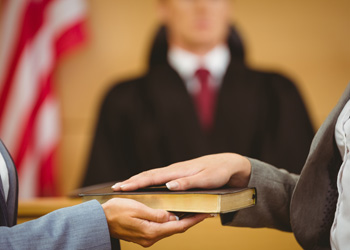 If charged with DUI, be aware of Sixth Amendment rights. These rights provide those facing criminal prosecution the right to a speedy trial, the right to be confronted with witnesses against them, as well as the right to legal representation, such as from our Fort Lauderdale DUI lawyer.

Refusing to allow a police officer to perform these tests can result in additional penalties, such as license suspension. A first refusal can lead to a suspension of a year, while any subsequent refusals can lead to suspension of 18 months. The refusal may also be used as evidence if charged with DUI in Florida.

This may seem to run counter to an individual’s Sixth Amendment right to an attorney before being questioned by police, but the Supreme Court has ruled that a chemical breath test may be conducted under implied consent. This can further confuse people arrested for DUI who are trying to navigate the criminal legal system. DUI suspects should contact a Fort Lauderdale DUI lawyer in Florida who can review the case, inform clients of their legal rights, and address use of chemical testing or field sobriety tests against those charged with DUI.

In most criminal trials, the defendant has a right to a trial by jury. The jury sees all the evidence and hears testimony from both sides. The suspect has the right to see his or her accuser and testify if desired.

However, an exception may exist for those charged with DUI. The Sixth Amendment gives the right to a jury trial for criminal proceedings, but the courts have established an exception for cases in which punishment may result in fewer than six months in jail. Instead, suspects may have a trial in front of a judge.

In Florida, this is dictated by Florida Statute 918.0157, which states that an individual has a right to trial by jury “except as to any such prosecution for a violation punishable for a term of imprisonment of 6 months or less, if at the time the case is set for trial the court announces…a sentence of imprisonment will not be imposed and the defendant will not be adjudicated guilty.”

Those concerned with penalties he or she may face and whether he or she may seek a jury trial should consult with a Fort Lauderdale DUI lawyer in Florida for case-specific clarification.

According to the Florida Department of Motor Vehicles (DMV), there were 33,625 DUI convictions in Florida in 2011. Even those suspected of drinking and driving have legal rights. Those who believe he or she were arrested and punished unfairly should contact a Fort Lauderdale DUI lawyer to determine the next steps. Robert Malove can help explain a DUI client’s Sixth Amendment rights and other rights under the U.S. Constitution and state laws.