Assault Against Protected Classes of Adult Victims in Florida 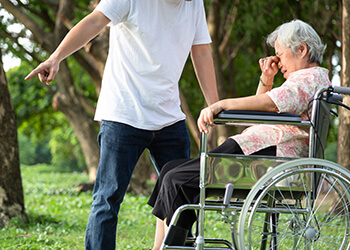 Assault on any member of the public is taken seriously under Florida law, but some victims are afforded extra protection from assault or battery. If you threatened or took violent action against certain officers or employees, you should speak to an experienced criminal defense attorney who knows how to defend against these charges.

Assault on a Victim of a Protected Class in Florida

Assault and battery carry severe penalties, which can increase if committed against victims in a protected class. This includes particularly vulnerable victims, such as people over 65 or who have a disability, but also at-risk professionals in the course of their duties.

Protected classes of victims in Florida also include:

Penalties for Assault Against a Victim in a Protected Class

If an offense involves a victim of a protected class, the assault charge is upgraded by one level. This means you could be facing:

The “protected class” provision also applies if an offender is charged with battery. An aggravated battery charge becomes a first-degree felony with a potential 30-year prison sentence, and aggravated battery of a police officer carries a mandatory minimum sentence of five years in prison.

There are several ways to refute charges of assault against members of a protected class in Florida. For instance, for the charge to be upgraded, officers or agents must have been performing within the scope of their official job duties at the time of the alleged assault. If the assault involved an off-duty security guard or a neighbor who happened to be a teacher, the increased charges might not apply.

In addition, law enforcement officers who violate your rights during an arrest or traffic stop cannot be considered to be performing their “official” duties. Charges could be dropped or reduced if officers acted outside the scope of their employment.

Finally, a charge of aggravated assault on a protected class member requires two specific factors: an intentional action (the assault) and a deliberate intent to harm that class member. For example, you cannot “knowingly” intend harm to a police officer if you didn’t know that the alleged victim was a police officer. You may also be able to argue that your actions were caused by intoxication rather than specific intent.

Our Fort Lauderdale criminal lawyer, Robert David Malove, provides comprehensive defense services and affordable payment plans to help offenders protect their rights. Contact us online or call us today at 954-861-0384 for a free consultation on your case. Even if you decide not to retain us, learning your options will cost you nothing.