Can I be charged with both assault and battery in Florida? 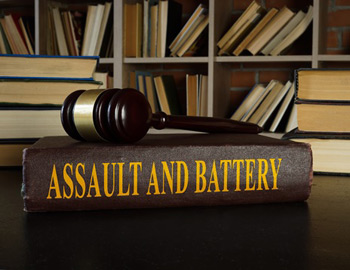 In Florida, you can be charged with both assault and battery, even though they are different types of crimes. To be convicted of both, certain factors must be proven in the case. Our Fort Lauderdale criminal attorney explains what you need to know about both crimes in Florida and what possible defenses may be used in your case.

Our dedicated Fort Lauderdale criminal attorney will fight to get your charges dropped or reduced in order to avoid facing severe penalties, such as time in jail.

Crimes of Assault and Battery in Florida

A charge of assault can remain on your permanent criminal record. You can face fines as well as jail time. If you are found guilty of assault, you could face the following charges, depending on the type of assault:

[Related: Best Defenses for Charges of Assault in Florida]

Being found guilty of the crime of battery comes with severe charges and penalties depending on the type of battery that occurs. Penalties for a battery conviction include:

If you are facing charges of assault and battery, contact our Fort Lauderdale criminal attorney as soon as possible. We can investigate your case to determine what defense applies to your specific situation. Some defenses used in an assault and battery case are:

If you have been arrested and are facing charges of assault and battery in Florida, you need an experienced Fort Lauderdale criminal attorney to help with your case. Robert David Malove has over 30 years of experience defending those accused of violent offenses. To set up a free consultation to discuss your case, contact us online or by calling our office at 954-861-0384. For your convenience, payment plans are available.