Can I be charged with simple assault if the accuser was not injured? 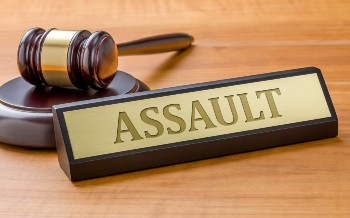 Much like a battery charge in Florida, a charge of assault doesn’t require serious physical injury. In fact, it doesn’t require you to make physical contact with a victim at all. If you’re convicted of simple assault, your criminal record could prevent you from earning a living or finding a place to live. This is why you need an experienced Fort Lauderdale criminal defense attorney who knows how to fight assault charges.

Simple Assault Charges Do Not Require an Injury for Conviction

Florida law considers threatening someone a violent offense, even if you never followed through on your promise to do someone harm. You could potentially be convicted of simple assault if your actions had three components:

While the sentence you receive will depend on the specifics of your case, Florida law sets maximum penalties for:

Our Fort Lauderdale criminal defense lawyer will determine the best defense based on the details of the case. For example, the alleged victim’s story could be entirely false—or the threat was real but made by someone else. Your attorney could also refute your:

Speak to a Florida Assault Attorney as Soon as Possible!

Our Fort Lauderdale criminal defense attorney provides comprehensive defense services and offers affordable payment plans to clients. Even if you decide not to retain us, it will cost you nothing to learn your options in your free consultation. Contact us online or call us today at 954-861-0384 for a free assessment of your case.