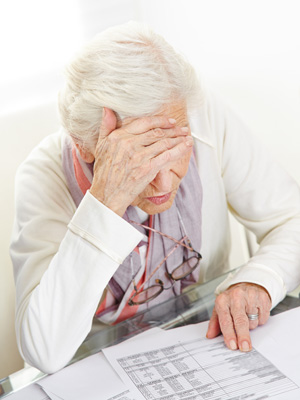 There was a time when news about nursing home fraud surfaced only every now and then.  However, in recent years, states and the federal governments are getting more serious about fraud.  Changes in the Affordable Care Act has given the government more tools to target healthcare fraud. Amendment Title IV of the ACA increased the U.S. Federal Sentencing Guidelines for crimes involving more than $1 million in losses. It also put an end to those convicted of fraud from ever participating in a government regulated health program. If you or someone you love are facing nursing home fraud charges, our Fort Lauderdale criminal attorney can help.

Although each case may be different, the methods tend to be very similar – usually they involve a doctor who submits fraudulent charges to the Medicare office for payment or a doctor signs off that a procedure, medication or medical device was “medically necessary”. In many instances the work that was billed either wasn’t performed or the charges were greatly exaggerated. What was not been very common, until recently is the growing number of fraudulent Medicare cases carried out by nursing homes and other post-hospital care facilities. However, as you will see in this article, our criminal attorneydiscusses how these cases have recently been surfacing in greater numbers.

Nursing Home Fraud on the Rise

The FBI estimates that about 3-10% of all healthcare billings are fraudulent. Each year the total Medicare expenditures add up to approximately $565 billion. For example in 2011, the FBI estimated that Medicare fraud costs to the federal government were between $17-57 billion.

Additionally in 2011, the federal government said that errors in improper Medicare and Medicaid payments totaled approximately $65 billion. According to our criminal attorney, in a recent report by federal inspectors, as much as $1.5 billion went to nursing homes that either billed Medicare for services that were never delivered or that performed unnecessary procedures.

If these events are any indication, the government has taken note of the few bad apples in the nursing home industry. As a case in point, just last month the operator of a senior health care agency in Miami pled guilty to falsely billing Medicare to the tune of over $13.7 million.

As South Florida Medicare fraud sweep indicates, the February 2015 Longcare Home Health Corp., indictment was no isolated incident. In fact, the 2014 roundup resulted in the filing of 26 new criminal cases. In total, the cases represented over $66 million in fraudulent Medicare claims. The majority of these false billing claims involved senior citizens or home health care patients.

Nursing home fraud is considered to be a white collar crime and carries serious implications.  According to our Fort Lauderdale criminal attorney, if implicated you could be criminally charged in either state or federal court.

If on the other hand, you have already been implicated or believe that your skilled nursing facility (SNF) may be targeted in a Medicare fraud investigation, it is imperative that you seek the immediate advice from a criminal defense attorney with experience handling Medicare fraud cases.  Increasingly, these charges are not solely focused on the physicians.  They can filter to the owner’s of the facilities and staff.  Avoiding accusations of healthcare fraud needs to be taken very seriously.

A competent criminal attorney can help you fight charges related to:

If you are facing healthcare fraud or nursing home fraud charges, do not delay, take action! Protect your nursing agency – contact our office to schedule a free consultation with our experienced Fort Lauderdale criminal attorney.

by Robert Malove [email protected]
Connect with me
South Florida Criminal Defense Attorney
1 Comments
Thanks for the content
by tere May 19, 2022 at 08:16 AM
Post a Comment