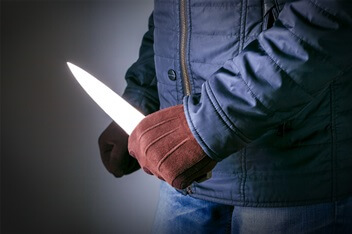 After you're arrested for assault, you might assume that you're only facing a misdemeanor charge because you were unarmed at the time of the incident. Unfortunately, many people have been charged and convicted of felony aggravated assault with a deadly weapon despite not carrying a gun.

Under Florida law, a "deadly weapon" is any object used or threatened to be used in a way that is likely to produce death or great bodily harm. Carrying a firearm or explosive device can lead to deadly weapons charges, but so can:

Actions Involved in Aggravated Assault With a Deadly Weapon in Florida

The "aggravated" condition involves an additional act that intensifies the assault, such as a weapon or the intent to commit a crime. To convict you of aggravated assault, the prosecution must prove that:

You do not have to touch another person to be charged with or convicted of aggravated assault with a deaddly weapon in Florida. As long as your actions cause the fear of immediate harm or death in the alleged victim, you can be criminally prosecuted for assault. In Florida, aggravated assault is a third-degree felony that carries a range of penalties:

Contact Our Fort Lauderdale Criminal Attorney for a Free Consult

Our experienced Fort Lauderdale criminal attorney has seen several successful defenses used to refute assault charges. For example, you may have acted in self-defense or performed an unintentional act that the other party misinterpreted. The specific defense used in your case will depend on the circumstances of the incident.

If you have been arrested and are facing charges of aggravated assault with a deadly weapon in Florida, our board-certified Fort Lauderdale criminal attorney Robert David Malove can fight to get the charges against you reduced or dropped. Contact us online or call us today at (954) 861-0384 to begin your free consultation. For your convenience, payment plans are available.