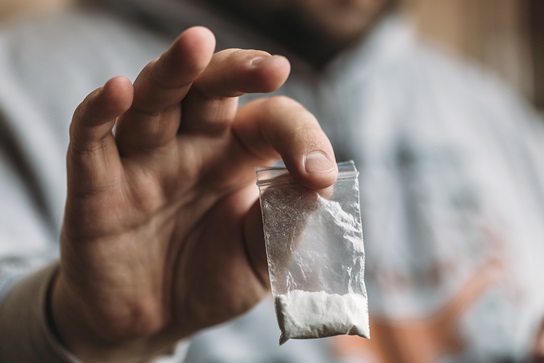 If you have been charged with cocaine possession in Florida, you may be facing a third-degree felony. Cocaine is classified as a Schedule II drug since it is not commonly used in medical treatment and is considered to have a high risk of abuse.

Our experienced Fort Lauderdale drug defense lawyer might be able to get your cocaine charges dropped or reduced and help protect your legal rights along the way.

Punishment for Cocaine Possession in Florida

In Florida, under Statute 893.13, it is considered to be a third-degree felony if a person is found to be in actual possession of fewer than 28 grams of cocaine. The punishment for this charge may include the following:

If the person is found to be in possession of more than 28 grams of cocaine, this is considered trafficking in cocaine and is a first-degree felony. According to our Fort Lauderdale drug defense lawyer, the charges can include 30 years in prison or probation and a fine of $10,000. Depending on the actual amount of cocaine found in the person’s possession, the penalties can include a life sentence. It is also considered a first-degree felony if the offense occurred within 1,000 feet of a church, school, park, place of worship, or public housing, and the penalty can be up to 30 years in prison.

There are various factors, in addition to the amount of cocaine found in your possession, that can determine your punishment. These factors include your criminal history, what judge is assigned to your case, and what court your case will be heard in. The minimum penalties given for possession of cocaine can often be:

In addition, a conviction on a charge of cocaine possession in Florida could result in loss of employment or educational opportunities and deportation if the defendant is not a citizen of the United States.

According to our Fort Lauderdale drug defense lawyer, in order to be found guilty of cocaine possession in Florida, the following must be proven beyond a reasonable doubt:

How Our Fort Lauderdale Drug Defense Lawyer Can Help

If you have been charged with cocaine possession in Florida, handling your defense without the assistance of a drug defense lawyer can be a challenge. An attorney can help explain your legal rights and determine the best defense for your case based on the evidence they gather. In addition, if the substance was obtained through an illegal search by law enforcement or you had no knowledge of the cocaine because it belonged to someone else, this can be used to support your case. Charges can often be dismissed if there is not enough evidence to prove that you were in possession of cocaine.

Cocaine possession in Florida is a serious charge. If you or a loved one has been arrested and is facing charges for cocaine possession, you need a skilled Fort Lauderdale drug defense lawyer to help with your case. We can answer any questions you may have and help ensure you get the best possible outcome for your case. To set up an initial consultation to discuss your case, contact the Law Office of Robert David Malove online or by calling our office at 954-861-0384.