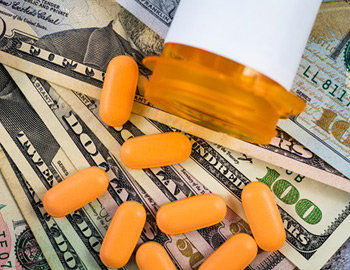 Due to the alarming number of people addicted to prescription opioids and the increase in opioid-related deaths in Florida, opioid abuse was declared a public health emergency by former governor Rick Scott in 2017. This led to the creation of a bill approved by the Florida senate that created stronger penalties for those who illegally sell or possess opioids, i.e. opioid trafficking.

Laws in Florida exist to punish those convicted of trafficking illegal drugs, and the punishment is based on the type and amount of the drug being trafficked. This stricter law not only punishes those selling or making the drugs but also those who buy minimum amounts. It does not only apply to what you would consider a “big-time” dealer. The law is designed to help combat the opioid crisis and to cut down the use of illegal drugs.

If you have been accused of opioid trafficking, contact Florida's best criminal lawyer, Robert Malove, to discuss your case and protect your legal rights.

According to our experienced criminal lawyer, Florida Statute 893.195 subsection (c) makes opioid trafficking a crime that comes with penalties. “Trafficking in illegal drugs” is defined as intentionally selling, purchasing, making, delivering, or bringing opioids into the state of Florida or is in actual possession of four grams to 30 kilograms of the following:

Those who are found guilty of opioid trafficking face charges of a felony in the first degree. According to our Fort Lauderdale criminal lawyer, the possible mandatory sentence is based on the weight of the drug being trafficked. Prison terms and fines increase as the quantity of drugs goes up. The punishments for trafficking in illegal drugs are as follows:

If the accused is convicted of trafficking over 30 kg of illegal drugs, this is considered a capital offense. The punishment for a capital offense is a sentence of life in prison without the possibility of parole. Those found guilty of trafficking in other illegal drugs such as fentanyl, oxycodone, and cocaine are also subject to penalties and consequences such as fines and a prison term based on the amount of the drug being trafficked.

How Our Fort Lauderdale Criminal Lawyer Can Help With Your Case

Trafficking of illegal drugs is a serious crime that comes with extreme penalties. If you have been charged with opioid trafficking in or around Fort Lauderdale, you will need Florida's best criminal lawyer to defend your rights. You may not understand your legal rights or the possible consequences of the crime, so hiring an experienced criminal attorney is the best way to make sure you are aware of the extent of the charges and that you fully understand the consequences.

Our Fort Lauderdale criminal lawyer will work to defend and protect your rights, help reduce or dismiss your charges, and make sure your case is handled fairly. In addition, Robert can hire an expert to determine if the weight of the drugs was calculated properly and that the substance you have been accused of possessing was accurately tested. This evidence can often be used to throw out your charges so that you do not face time in prison or hefty fines.

If you have been arrested and are facing charges of opioid trafficking in Florida, contact our experienced Fort Lauderdale criminal lawyer to help with your case. Robert David Malove has over 30 years of experience defending those accused of drug trafficking and other offenses. To set up a consultation to discuss your case, contact us online or by calling our office at 954-861-0384.