DUI in Florida? Here Are 10 Ways Our Fort Lauderdale DUI Lawyer Can Challenge the Charges 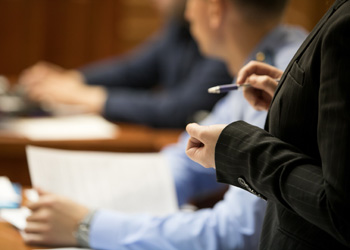 When charged with DUI in Florida, the situation doesn’t have to be as-is. One has the right to work with a Fort Lauderdale DUI lawyer who can help evaluate possible challenges to the evidence in a Florida DUI case, including improper arrest and search, invalid intoxication testing, unfair processing and more. Depending on the specifics of the case – which should be discussed with a Fort Lauderdale DUI lawyer immediately after an arrest has been made – the following are 10 ways that those charged with DUI in Florida may attempt to challenge the arrest and/or charges.

10 Challenges Our Fort Lauderdale DUI Lawyer Can Use

1) Challenging the way the police officer handled the stop. A driver cannot be pulled over if the officer doesn’t have a valid reason to believe that the driver is in violation of a traffic law or other law. DUI checkpoints may be an exception, however, and drunk drivers may find themselves arrested and facing penalties for a Florida DUI.

2) Challenging the stop itself. A police officer must have a reason to justify pulling a car over and ultimately making an arrest for DUI in Florida. Many suspected drunk drivers are pulled over after the officer observes a traffic violation (speeding, running stop sign) or notices erratic driving behavior that puts other drivers at risk.

A Fort Lauderdale DUI lawyer may challenge the legitimacy of a stop and ultimately a DUI if the driver was not cited for any other traffic violation and did not pose a risk to other drivers before being pulled over.

3) Challenging the use of field sobriety tests as evidence. The standard field sobriety tests were evaluated in 2005 study published in the Journal of Forensic Science by Dr. Michael P. Hlastala of the University of Washington. The research found that the accuracy of a field sobriety test is only about 30-60 percent when drivers have a blood alcohol concentration (BAC) at 0.06 – 0.08, compared to higher or lower BACs.

4) Challenging conditions at time of arrest. Poor weather can cause erratic driving behaviors; uneven pavement can cause a sober person to fail a field sobriety test. Medical conditions such as Parkinson’s disease, diabetes, and speech impediments can also cause a person to appear intoxicated or have false positive chemical test results.

A Fort Lauderdale DUI lawyer may call upon an expert witness who may testify as to whether a medical condition may have led to false results and ultimately the charge of DUI in Florida.

5) Challenging the use of a Breathalyzer as evidence for arrest. For the results of a Breathalyzer test at the scene to be considered valid, the driver should be observed continuously for a minimum period, such as twenty minutes, prior to a breath test.

Breath testing is subject to various inaccuracies, including miscalibrated testing units and insufficient training of officers. The Fort Lauderdale DUI lawyer may challenge the use of the device when arguing against Florida DUI charges.

6) Challenging video evidence. Video evidence of an arrest and conviction is often admitted as evidence in a Florida DUI case. Dashboard video may record police communications and interactions that show due process was violated, or may contradict a police officers’ report.

Failure to preserve these tapes upon request may render any related evidence invalid. Video of driver conduct at a police station may also show a sober, competent individual, contrary to police descriptions of the arrest for DUI in FL.

7) Challenging blood tests. Blood tests must be administered by a licensed professional in an appropriate environment. Any conduct that may taint the sample such as contaminated drawing materials or improper procedure may render the results inaccurate. A Fort Lauderdale DUI lawyer may call upon an expert to help evaluate the validity of the tests used to establish DUI in FL.

8) Challenging conviction based on violation of rights. Upon an arrest for a Florida DUI, or any other charge, the defendant must be made aware of his or her rights, known as a Miranda Warning. If these rights are not given to the driver upon arrest, any statements made during the arrest may become void as evidence.

Statements made by a police officer, either verbally or in police reports, may be used to challenge credibility. Misleading statements given at any time from the officer to the defendant regarding the consequences for refusing tests or regarding the driver’s rights may cause the Florida DUI charge to be dropped.

Expert witnesses may be called in by either side of the Florida DUI case to review the validity of breath tests, blood tests and field sobriety tests. The failure of the prosecutor to disclose the state’s expert(s) will cause those witnesses to be barred from testifying against the defendant.

The Florida Department of Highway Safety and Motor Vehicles reported 4,136 DUI arrests in Broward County in 2012. There are several ways to beat a DUI charge in Florida, and the best place to start is by contacting a Fort Lauderdale DUI lawyer.

Robert Malove reviews situations challenges an arrest or charges to develop a defense against a Florida DUI charge. Call 954-861-0384 or contact us online to schedule a consultation to go over the circumstances and possible challenges to a DUI in Florida.