What kind of trial court errors can be appealed? 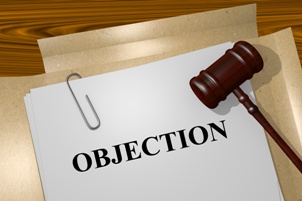 Trial courts make mistakes, but not every trial court error gives you a reason to appeal. Instead, the court must have committed a reversible error.

Generally, a reversible error is a mistake that could have changed the outcome of the case. When you file an appeal, you will have to prove to the appeals court that the trial court’s mistake was so substantial that it could have impacted either the court’s decision or your sentencing.

The appeals court wants to know if the mistake resulted in a miscarriage of justice. If the result of your case may have been different had the trial court not made the error, or if the error had an adverse effect on the jury’s decision, the error may be reversible.

In most cases, a reversible error must be preserved for appeal at the time the mistake is made. Typically, your right to an appeal is protected when your defense counsel objects to the irregularity during the trial. For example, your lawyer may object to the admission of a piece of evidence or to a question the prosecution asks a witness.

According to the Florida Bar, preserving an error for appeal serves three important purposes, including:

If you believe the trial court made a reversible error in your case, you need to talk to a criminal appeals lawyer as soon as possible. You have a limited amount of time to file your appeal, and you may only have one chance at a direct appeal. Therefore, we encourage you to protect your rights today by contacting Attorney Robert Malove.