Reasons to Appeal a Criminal Conviction in Florida 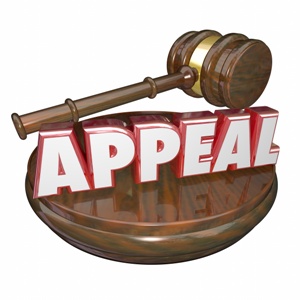 You shouldn’t have to pay the price for someone else’s mistake.

If a mistake was made during your criminal trial, you will be the one to serve jail time, pay a fine, and live with the consequences of a criminal conviction unless you take action by filing an appeal.

Reasons to Appeal a Criminal Case

You can’t file an appeal simply because you don’t like the outcome of your case. However, you can file an appeal if one or more of the following fundamental errors occurred in your criminal case:

When you appeal, you are asking the appellate court to decide if one of the mistakes described above was made in your case and if that mistake affected the decision of the court. The appellate court may find that:

Do You Have a Reason to Appeal in Your Criminal Case?

Neither the trial court nor the appellate court is going to tell you if you have a reason to appeal. It’s not their job. Instead, you need a Florida appellate lawyer to review the trial record to see if any mistakes were made and if you have a legal reason to appeal. The attorney’s review of the trial record is a critical step in the appeals process. It is important for the attorney to identify all possible legal errors and to communicate those errors to the appellate court.

Typically, you only have one opportunity to make a direct appeal after a criminal conviction. Therefore, it is essential that you talk to a board-certified South Florida criminal lawyer as soon as possible so that the attorney can review your reasons for a possible appeal and take all of the required actions to protect your rights before any deadlines pass.

Attorney Robert Malove may or may not have represented you at trial. Either way, if he represents you on appeal, he will work tirelessly to make sure all of your rights are protected.

You have a lot at stake. We believe you should be treated fairly and that you should not pay the price of a criminal conviction because of someone else’s mistake. Call The Law Offices of Robert David Malove or fill out our online contact form now to learn more.