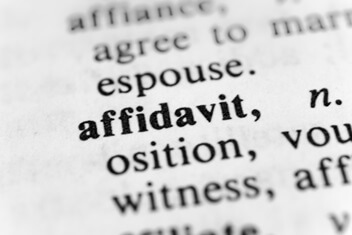 You may have seen movies where someone is spared arrest or trial because the victim drops the charges. While this is a common scenario on film, the truth is more complicated—especially in domestic violence cases. Certain crimes are considered to be against the state rather than the person, so the alleged victim doesn't have the power to drop the charges. If the state prosecutor has filed charges, your best chance at getting them dismissed is to work with an experienced domestic violence defense attorney.

Asking an Accuser to Drop the Charges Might Hurt Your Case

Abusers don't just hold physical influence over their victims; they could also use their financial position or emotional hold on a victim to get them to change their story after an attack. For this reason, the State of Florida removes the burden of pressing charges from the victim and grants it to the prosecutor.

Even if the alleged victim in your case could be persuaded into excusing abusive behavior, asking them to defend you might do more harm than good. Instead of dropping the case, you could unknowingly:

The Accuser Is Only One Part of the Evidence Against You

On the other hand, there are a few factors that could reduce the penalties you face, including:

The Different Ways to Avoid a Domestic Assault Conviction

There are many points along the criminal process where you could potentially avoid conviction. You might be arrested for domestic violence, but that does not necessarily mean the state will file charges against you. If charges are filed, your attorney may be able to get them dropped or reduced to lesser crimes. Finally, a domestic violence defense attorney can investigate the case, interview witnesses, and submit the necessary evidence to support a not-guilty plea.

If you plead guilty to a domestic violence charge, your criminal record can never be sealed or expunged—meaning the stain on your reputation will follow you for the rest of your life. Board-certified criminal trial attorney Robert David Malove provides aggressive defense services and affordable payment plans to defendants whose lives hang in the balance. Contact us online or call us today at 954-861-0384 for a free consultation on your case.