Weapons Charges in Florida Can Lead to Serious Jail Time 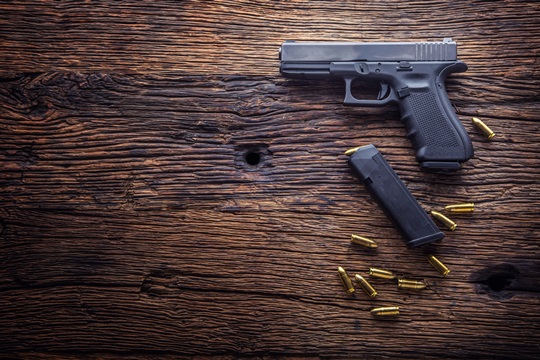 Everyone makes mistakes, but a mistake involving a firearm in Florida can lead to serious felony charges. While not every weapons charge is as serious as assault with a deadly weapon, even a charge of carrying an unlicensed firearm could lead to jail time. If you’re facing firearms charges in Florida, it’s important to understand the charge, the possible penalties, and how an experienced criminal defense attorney, like the lawyers at The Law Offices of Robert David Malove, can help.

Unlawful Possession of a Firearm

Carrying a firearm without a license under Florida law is a first-degree misdemeanor. A first conviction for this crime is punishable by up to one year in jail and a $1,000 fine.

Carrying a Concealed Firearm Without a Permit

If you conceal your gun on your person and don’t have a license to do so, you could face a third-degree felony charge punishable by up to five years in prison and a $5,000 fine.

Unlawful Discharge of a Firearm

It’s a third-degree felony to fire a gun in a public place or negligently discharge a firearm outside a residentially zoned dwelling. This crime is punishable by up to five years in prison and a $5,000 fine.

Shooting a Firearm in Public

In Florida, it’s illegal to fire a gun in a public place or to negligently discharge a firearm outside a residentially zoned dwelling unless you are defending life or property. This crime is a third-degree felony. Even if you discharge the gun recreationally, like for target shooting, in an area you know is residential, you can face a first-degree misdemeanor charge. If you discharge a weapon in a vehicle within 1,000 feet of another person, it is a second-degree felony punishable by up to 15 years in prison and a $10,000 fine.

Discharging a machine gun in a public place, public street, or public park with intent to do bodily harm is a first-degree felony punishable by anywhere from 25 years to life and a $10,000 to $15,000 fine.

Illegal Sale of a Firearm

If a licensed firearms dealer sells a firearm without following all of the proper procedures or violates Florida law by selling to someone who can’t legally possess a gun, it is a third-degree felony. This crime is punishable by up to five years in prison and a $5,000 fine. Because the Florida statute concerning “legal” firearms sales is extensive, if you sell firearms, you should consult with a Florida criminal defense attorney to ensure that you understand the nuances of this law.

Possession of a Stolen Firearm

Using a Firearm While Committing a Crime

Using a Firearm Under the Influence of Alcohol or Drugs

Using a firearm while impaired on alcohol or drugs is a second-degree misdemeanor. A conviction for this charge is punishable by up to 60 days in jail and a $500 fine.

Carrying a weapon, including a firearm in “a rude, careless, angry, or threatening manner, not in necessary self-defense,” can lead to a first-degree misdemeanor in Florida. A conviction for this charge is punishable by up to one year in jail and a $1,000 fine.

Right now, it isn’t illegal to manufacture a gun, but you still must apply for a serial number and register the firearm. However, in January of 2023, making your own gun through 3D printing or assembling it from parts purchased online, so-called “ghost guns,” will be illegal in Florida. It is already illegal, however, to make a destructive device. This crime is a third-degree felony punishable by up to five years in prison and a $5,000 fine.

Firearms charges can lead to serious consequences, but it’s important to remember that you are innocent until proven guilty. Don’t let a prosecutor or the police railroad you into pleading guilty before discussing your case with a skilled criminal defense attorney well-versed in handling weapons charges. The experienced attorneys at The Law Offices of Robert David Malove have been protecting the rights of Florida defendants for years. Call us today at 954-861-0384 or contact us online to set up your free consultation.