What is a warrantless arrest in Florida and can police perform one for battery charges? 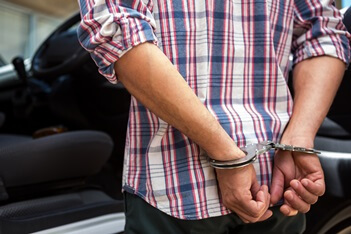 Despite what you may have seen on TV, police officers do not always need a warrant to arrest someone. Since some offenses pose a significant danger to the public, law enforcement officials may take someone into custody before the court has issued its documents, aka a warrantless arrest in Florida.

If you're arrested for battery without a warrant, officers must be able to prove that the arrest was necessary and in accordance with the law.

Florida law allows specific exceptions to the warrant requirement for arrest. The major exception to a warrantless arrest in Florida is that a police officer can arrest anyone for a crime if all of the elements of the crime were committed in the officer's presence. To make a misdemeanor arrest without a warrant, the officer must make the arrest immediately or in fresh pursuit of the suspect.

What is Battery and Can It Be Disputed?

How Does a Warrantless Arrest Work for Battery?

Under Florida law, an officer may make a warrantless arrest in Florida for battery if:

What Do I Do if I Was Arrested Without a Warrant?

If you're arrested without a warrant in Florida, the police are required to justify the arrest in your probable cause hearing. Within 24 hours of your arrest, you must be brought before a judge for your first court appearance.

It's vital that you have an experienced battery attorney by your side at your first appearance to:

Speak to Our Fort Lauderdale Battery Attorney as Soon as Possible

Board-certified battery attorney Robert David Malove of Fort Lauderdale, FL, can help if you're facing battery charges in Florida. Contact us online or call us today at (954) 861-0384 to begin your free consultation. It will cost you nothing to learn your options, and we have affordable payment plans to ensure you get justice in your case.