Is Florida's Stand Your Ground law a possible defense in my assault case? 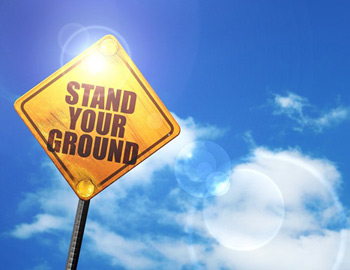 Florida's Stand Your Ground law may be a possible defense in an assault case. According to our Fort Lauderdale assault lawyer, this statute states that "a person who is not engaged in an unlawful activity, and who is attacked in any other place where he or she has a right to be, has no duty to retreat and has the right to stand his or her ground and meet force with force."

If a person's situation qualifies under this statute, they may be exempt from criminal charges or civil action. Consulting with our experienced Fort Lauderdale assault lawyer can help protect your rights and determine if this criminal defense can be used in your case.

Florida's Stand Your Ground Law as an Assault Defense

Our experienced Fort Lauderdale assault lawyer can help with your case by investigating the events that led up to the time of your arrest and providing a defense for your case.

The Stand Your Ground defense may be used in cases where there is a forcible felony. In Florida, a forcible felony is one where a person uses threatening physical force or violence against another person with the intent to do harm, such as in a kidnapping, carjacking, or robbery. Using deadly force may be seen as a way to prevent this type of felony, and the Stand Your Ground defense may apply.

According to our Fort Lauderdale assault lawyer, to be considered for the Stand Your Ground defense, you must be able to prove:

In certain situations, the Stand Your Ground law does not apply. These include:

When deadly force is used under these circumstances, the charge may be considered murder.

Convicted of Assault in Florida

In Florida, assault is considered an intentional and unlawful threat with word or force with the intent to do violence against another person, and there is a fear from the other person that the violence is forthcoming. The attack does not need to be carried out to be considered assault as long as the threat is imminent.

An assault conviction can affect the rest of your life. The charge will be part of your criminal record and will be permanent. According to our Fort Lauderdale assault lawyer, it can have negative effects on all aspects of your life, such as your job, education, housing, and more. If you are convicted of assault, you could face the following charges:

If you are under investigation or have been arrested and are facing charges of assault in Florida, you need our experienced Fort Lauderdale assault lawyer to help with your case. To set up a free consultation with The Law Offices of David Malove, contact us online or by calling our office at 954-861-0384. Payment plans are available.