Why do I need a Fort Lauderdale criminal lawyer for murder if I was acting in self-defense? 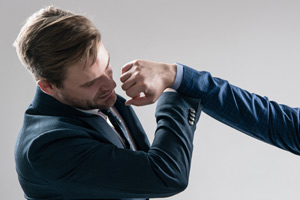 Self-defense is a valid reason to commit violence in Florida, but you must meet specific legal requirements to justify the use of force. If your actions resulted in someone else's death and you cannot make a clear argument that deadly force was necessary, you could be facing murder charges. Our Fort Lauderdale criminal lawyer can help you prove that you acted in self-defense according to Florida law.

Self-Defense and Use of Deadly Force in Florida

Several state statutes outline when using force against another person is justified, and therefore the victim cannot be charged with a violent act. These laws focus on the victim's right to protect themselves, their property, or another person, as long as the force used is proportionate to the threat faced.

The "Stand Your Ground" Law

Florida Statutes Section 776.012, also known as Florida's Stand Your Ground Law, says that intended victims do not have a duty to attempt to retreat from an attacker before using or threatening to use force. Under the law, the following forms of self-defense are justified:

Defending Your Life, Home, or Property

Under Florida Statute 776.013, a victim who is in a dwelling, residence, or vehicle where they have a lawful right to be can stand their ground before using or threatening deadly force if they believe their actions are necessary to prevent an attack causing imminent death, great bodily harm, or the commission of a forcible felony.

A victim is presumed to have had a reasonable fear of imminent death or great bodily harm if:

It's worth noting that there are some exceptions to the presumption of reasonable fear of harm. According to our Fort Lauderdale criminal lawyer, your actions may not be justified under the law if:

Self-defense is very different from pleading not guilty to a crime. As an affirmative defense, you must prove that you acted in self-defense according to state law.

Board-certified Fort Lauderdale criminal lawyer Robert David Malove can ensure you are treated fairly and raise all possible defenses to murder charges in Florida. Contact us online or call us today at (954) 861-0384 to begin your free consultation. It will cost you nothing to learn your options, and we have affordable payment plans to ensure you get justice in your case.