Can I claim self-defense in a Florida domestic assault charge? 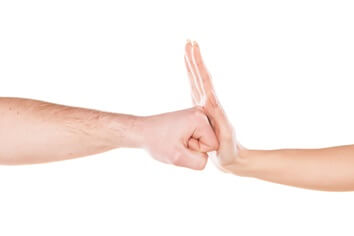 In certain circumstances, self-defense could be a viable response to the charges against you. However, you will have to admit to your involvement in the incident and prove that your actions were justified to avoid jail time and high fines. Before you enter any plea, you should speak to an experienced criminal defense attorney who knows how to defend against domestic assault charges.

Under Florida's Stand Your Ground law, people are justified in using force—even deadly force—to defend themselves from an immediate threat of violence. Someone can even plead self-defense to domestic assault charges if the threat came from someone in their family or household.

You may be able to successfully claim self-defense if:

Are There Any Downsides to Claiming Self-Defense?

If you acted in self-defense, you could plead not guilty as an affirmative defense. Usually, when defendants plead not guilty, they deny that the crime took place or that they were the ones who committed them. In an affirmative defense, you agree that you were at the scene and caused the accuser's injuries. However, you aren't guilty of committing a crime because you have the right to defend yourself.

If you plead not guilty, you will be expected to prove that the accuser instigated the violence and that you reacted, making you the victim of the incident. Evidence that could help you make your case includes:

Self-defense is only a viable strategy in a handful of domestic assault cases. For example, you may want to consider another argument if you:

If you were protecting yourself from a partner only to have the police accuse you of domestic violence, do not try to fight the charges alone. Board-certified criminal trial attorney Robert David Malove provides affordable payment plans and aggressive defense services to get your life back on track. Contact us online or call us today at 954-861-0384 for a free consultation on your case. Even if you decide not to retain us, learning your options will cost you nothing.