Having a criminal record can be extremely detrimental to your way of living, from getting a job to locking down your dream home and beyond. And while many people have heard of expunging a record, most people aren't aware of answers to some of the most important questions you can ask while going through the process. We sat down with our expert Fort Lauderdale expungement attorney to get a better idea of how the expungement process works, what cases can be expunged and much more.

Expungement FAQ: Know the Rules in Fort Lauderdale, Miami, and the Rest of Florida

Keep reading or click on a specific question below to jump down the page to the answer to that specific question. And if you still needs answers, our Fort Lauderdale expungement attorney is just a phone call away.

I pleaded no contest to Aggravated Battery but was not convicted. Can I get this record sealed or expunged?

It is really critical that an accused make absolutely sure that the charges they plan to enter a “no contest” plea for are charges that can be sealed or expunged.

I received a call last week from a very upset man who told me that his lawyer advised him that because he was not being “adjudicated” guilty, that he could get his case sealed and expunged after completing his probation. This statement is generally true. However, there are a group of offenses that cannot be sealed or expunged no matter what unless the defendant was acquitted. Pleading “no contest” and having an adjudication of guilt withheld doesn’t matter. Unfortunately, for this individual, aggravated battery is an offense that is excluded from eligibility.

I won my case and want to get my arrest record cleaned up. How long does it take to get my record expunged?

There are a few steps that need to be taken in order to get a case expunged. First, the State Attorney needs to approve the application, then the Florida Department of Law Enforcement needs to conduct a background check to confirm eligibility. Once FDLE approves, the Certificate of Eligibility needs to be filed with the court as an attachment to a motion for expungement. If your attorney knows what he’s doing, it shouldn’t take more than six to nine months to get the job done.

My case was dismissed. Why do I have a criminal history record?

I have been arrested more than once. How many cases can I get sealed or expunged? 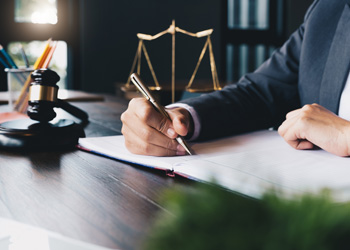 What is the difference between getting a criminal history record sealed as opposed to expunged?

Once a criminal history record is sealed, the public will not get access to it. Certain governmental agencies have access to sealed record information in its entirety.

I was charged with DUI and beat the case. I was told that a DUI case cannot be sealed or expunged. Is that true?

Yes and no. Anyone who is found guilty of DUI cannot get their record sealed or expunged. Only qualifying cases where adjudication of guilt has been withheld are eligible to be sealed. For example, let’s say you were arrested for DUI, but the charges were reduced to Reckless Driving and adjudication of guilt was withheld, you can get the case sealed. After 10 years, the sealed case automatically gets expunged by operation of law. If you were found not guilty of the DUI and all of the accompanying charges, you are eligible to get the record expunged right away without having to wait for 10 years.

The expungement process in Florida can be tricky. If the answers to the questions above did not cover what you would like to know, contact us online or call (954) 861-0384 to speak with our Fort Lauderdale expungement attorney now!