Defense Attorney for a Police Brutality Case in Florida 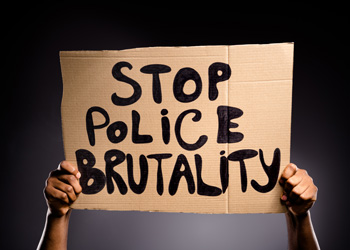 “About 15 years ago, a judge and former prosecutor who has since retired asked me ‘How many City of Miami police officers does it take to throw a 200 lb. defendant down the stairs?’  When I told her that I had no clue, she replied, ‘None.  He fell.’“Now, here we are 15 years later and still the Miami PD can’t get it right.  They have a rotten reputation, notwithstanding that the overwhelming majority of the force is made up of good, decent, honest and hardworking men and women.

“It’s about time they cleaned out the hot heads and repeat rule breakers, and increased training in the area of use of force so that Miami can shed the image of a city with a police department that is out of control.  Too bad the feds had to step in.  It shouldn’t have had to come down to this.”

Officers are supposed to use as little force as necessary when arresting a suspect. Any force that was more than required is considered excessive force and is illegal, including:

If you believe you are the victim of police brutality in Florida by way of excessive force, talk to an experienced Fort Lauderdale defense attorney about the details surrounding your arrest and how police brutality may impact your case.

Excessive Force and Your Criminal Case

It’s difficult to prove use of excessive force in Florida, but it’s not impossible. When our defense attorney puts together a case, we:

While being a victim of police brutality may not automatically lead to dismissal of criminal charges, it may bring up issues about the arrest and statements the defendant has given regarding the case. Contact our office online or give us a call at (954) 861-0384 to schedule a free, no-obligation consultation with our experienced Fort Lauderdale defense attorney.