Can I withdraw a guilty plea after sentencing in Florida? 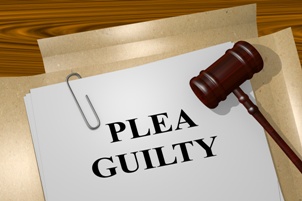 You’ve already received your sentence. Your case is over, and in most situations, you can no longer withdraw your guilty plea. However, there are limited exceptions to this general rule.

Withdrawing a Guilty Plea Because of Manifest Injustice

Florida courts have held that you may only withdraw a guilty plea after sentencing if you can prove that your guilty plea amounts to a manifest injustice that requires correction.

Your motion to withdraw your guilty plea after sentencing must be based on one of the reasons found in Florida Rule of Appellate Procedure 9.140(b)(2)(A)(ii)(a)-(e).  Specifically, you may file a motion if:

Florida Rule of Criminal Procedure 3.170(l) gives you just 30 days from the date of your sentencing to file a motion to withdraw your guilty plea. If you file your motion too late, the court will not consider it. Therefore, you must act quickly to protect your rights.

A motion to withdraw a guilty plea is a critical stage of your case, and you deserve an experienced and passionate attorney who will fight for you. Attorney Robert Malove will leave no stone unturned in preparing your motion to withdraw a guilty verdict. He will thoroughly review all of your legal options, get to know you as an individual, and fight for justice on your behalf.

Contact our Fort Lauderdale criminal appeal lawyers today to see if we can help you—even if you’ve already been sentenced. We will give you an honest assessment of your options at this stage of your criminal case so that you can make an informed decision about what to do next.