Sealing and Expungement of Your Fort Lauderdale DUI Arrest Record 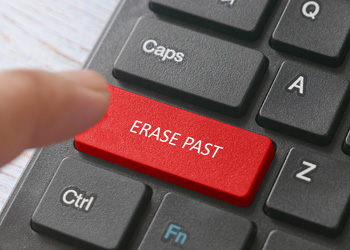 The strict DUI penalties in Florida make it mandatory that those convicted of a DUI pay hefty fines, be on probation, serve prison time, put in hours of community work, have their licenses revoked, and/or take courses in DUI schools. But the consequences of the drunk driving conviction continue to haunt the drivers even after they have completed their sentence requirements. Unfortunately, if convicted, the DUI arrest record cannot be sealed or expunged. However, if you haven't been adjudicated guilty, our experienced Fort Lauderdale DUI lawyer can help clear your ciminal record.

What Does it Mean to Seal or Expunge a Criminal Record?

When a court in Florida orders a criminal record to be expunged or sealed, it means that the record is wiped or hidden from the individual’s record and will not show up when anyone—a potential employer, landlord, or a credit-lending agency—asks for background check reports. But there are differences between these two methods for clearing a criminal record.

Sealing prevents public access to a record, but certain government entities will still be able to access the full record. For example, if applying for a job in law enforcement, the law enforcement agency may access and view a sealed record.

When Can a DUI Arrest Record Be Expunged?

The process of trying to clear a criminal record by sealing and expunging a DUI arrest in Florida is complex. That is why many drivers require the services of a Fort Lauderdale DUI lawyer who can build a convincing case for reducing the charges or challenging the charges in court.

The Law Offices of Robert David Malove offer legal help to drivers in Fort Lauderdale who have been arrested for DUI and are facing the penalties. Contact our firm online or give us a call at 954.861.0384 to schedule a free case evaluation with our Fort Lauderdale DUI lawyer.